(Co)sponsorship peaks during years when Congress is actively deliberating healthcare reform: Ted Kennedy's Health Security Act (1971-1974), Clinton's Health Security Act (1993), the Affordable Care Act (2009-2010), and the GOP's Repeal and Replace effort (2017). As a grassroots social movement for single-payer was born in the 1990s, the peaks have increased - reaching a record high of 137 (co)sponsors in 2017. 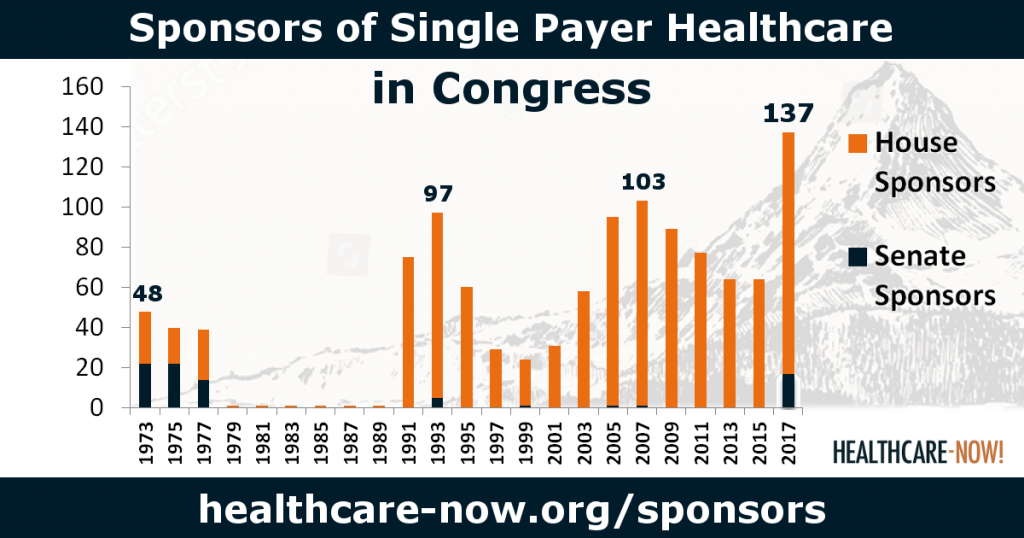 This graph counts all lead sponsors and co-sponsors of national healthcare legislation from 1973-2017. Members of Congress who co-sponsored multiple pieces of legislation the same session are only counted once. Sponsors that withdraw their name from the bill are not counted. You can download the full spreadsheet for the graph here, which lists co-sponsors for each bill during each session. You can also view our sortable listing of single-payer legislation here, which links to further details of each bill.