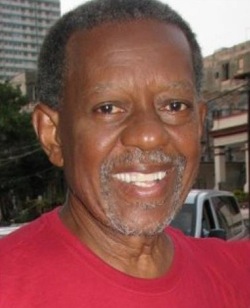 It is with great sadness that we inform you of the passing of one of our own, Rev. Lucius Walker, Jr., on September 7, 2010. Rev. Walker has been the Executive Director of the Interreligious Foundation for Community Organization/Pastors for Peace (IFCO) since 1967, and has served on Healthcare-NOW!’s Board since it formed in 2004. Just last month, family and friends gathered to celebrate his 80th birthday.

Marilyn Clement, Healthcare-NOW!’s founder and National Coordinator until her death in 2009, and Rev. Walker were close friends, and Marilyn served on IFCO’s Board throughout most of its history. IFCO has served as Healthcare-NOW!’s fiscal sponsor since 2004, a service it provides to many social change organizations all over the US. When Marilyn became ill in June of 2008, Lucius stepped up IFCO’s support and gave much of his own time, allowing Healthcare-NOW! to overcome many challenges.

IFCO is perhaps best known for its two decade organizing campaign to end the U.S. embargo against Cuba. It sponsored 21 humanitarian aid caravans to Cuba, educating and engaging tens of thousands of US residents to challenge the embargo. In 1996, when the US government seized over 300 computers destined for Cuba as part of one of the caravans, Rev. Walker began a hunger strike that lasted 94 days, ending when 374 computers were finally released for shipment to Cuba. During the last two months of the “Fast for Life,” Rev. Walker occupied a tent outside the United Methodist national office in Washington, D.C.

In 2000, when members of the Congressional Black Caucus visited Cuba, President Fidel Castro made an offer to the delegation – Cuba would provide free medical school training to US citizens who would return to the US and practice medicine in poor and underserved areas. IFCO, with its usual tenacity, became the liaison with the Cuban government designated to implement this program. The first students arrived in 2001. To date, 33 students are MDs who successfully completed the program, and 122 are enrolled in the six-year program.

Rev. Walker was a very gifted human being, who inspired activists and demanded justice everywhere he went and in everything he did. He was an orator that could move any audience, a strategist who was not intimidated by empire’s power, and a humanitarian who dedicated his life to the belief that every human being deserved to be treated with dignity, with equal access to quality education, health care, nutrition, housing and living wage work.

Our movement has lost a champion. May he inspire the living to honor his legacy by more intense organizing and dedication to social justice in the U.S. and all over the world.

Funeral services for Rev. Walker will be at 10 AM on Friday, September 17, at Convent Ave. Baptist Church, 420 W. 145th Street in New York City. Directions and more details are available from IFCO’s website.

The Healthcare-NOW! community extends its deepest sympathy to our dedicated brothers and sisters at IFCO who share our passion and vision for social justice.