Here’s the press release about the march:

Wall Street’s control of health care is exposed in a march/speak-out today that starts at the offices of Empire Blue Cross/Blue Shield, a subsidiary of WellPoint, the largest publicly-traded health insurance company. We are gathering at Liberty Square at 3pm and marching at 4:30pm!

Empire is housed across the street from the OWS encampment in the same building as Brookfield Properties, the multinational that owns Liberty Square (formerly Zuccotti Park). WellPoint’s CEO, Angela Braley, was compensated $13.1 million dollars last year.

Other targets include WellCare, the for-profit company that administers Medicaid and Medicare Advantage programs in New York and other states, currently being investigated for illegally siphoning $400-$600 million from programs like Medicare and Medicaid.

The march will end at St Vincent’s Hospital in the West Village, closed earlier this year due to bankruptcy, and seen as a casualty of profit-driven insurers. There are now no hospitals on the West side below 57th St.

“We need a healthcare system that meets human needs, not the insurance company’s bottom line,” said Dr. Elizabeth Rosenthal of Physicians for a National Health Program. “People can’t get care they need because of unaffordable co-pays and deductibles that line the pockets of insurance CEOs and shareholders.”

“I have a health insurance plan with a $15,000 deductible, so our family has to ration healthcare,” said Katie Robbins of Healthcare-NOW! NYC. “We have to get Wall Street out of our healthcare system.”

The march was initiated by an OWS Working Group called Healthcare for the 99%, which is composed of healthcare workers and people who seek to end inequality in our healthcare system and our society.

Other Coverage of NYC March 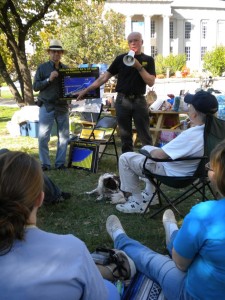