We want to thank all of the single-payer activists all over the country for all of their hard work in organizing celebrations for Medicare’s 48th anniversary! There were over 30 actions this year and activists added five cosponsors to HR 676 along with many commitments to cosponsor once the August recess ends.

Here are the reports that we’ve received so far from single-payer healthcare organizations all over the country. If you don’t see yours, please send your update to jeff@healthcare-now.org.

Demonstrators call for single-payer health care, Medicare for all – WNYT.com 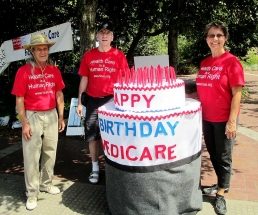 Sponsored by Mid-Valley Health Care Advocates (MVHCA) and the Corvallis chapter of Physicians for a National Health Program, the event featured talks by local and national leaders, the What the Health! game developed by the outreach committee of MVHCA, a chat room, a writers wall, information tables staffed by MVHCA and members of Senior Health Insurance Benefits Assistance (SHIBA), birthday cupcakes, and music provided by well-known local bands. More information here. 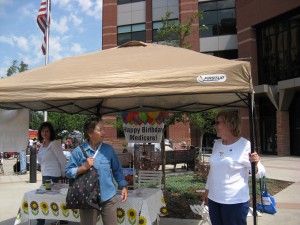 We talked to more than 110 people. Almost all of the responses were very positive. We had postcards supporting HR 676 made up that more 80 people signed. We hope to set up an appointment with our Representative Jared Polis to deliver them and urge him to support a national health care system for everyone.

Letter: As Medicare turns 48, let’s expand health coverage to all 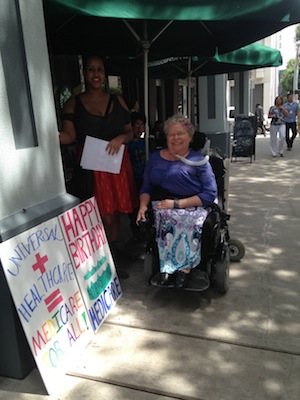 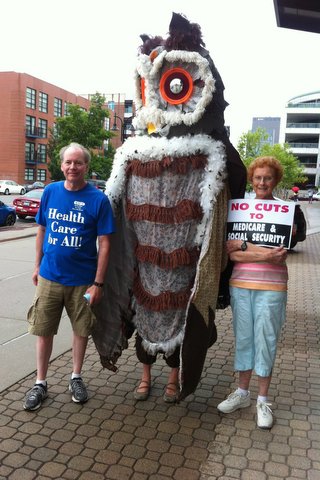 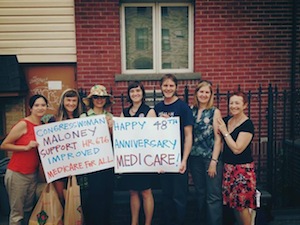 On Tuesday, July 30th, members of PNHP-NY Metro and Healthcare-NOW! NYC visited the offices of former Congressional cosponsors of HR 676, Nydia Velazquez and Carolyn Maloney, as well as Hakeem Jeffries who is serving his first term in Congress. We dropped in to deliver information asking for support for HR 676 as well as urging attendance at the Congressional briefing on HR 676 on July 31st in D.C. The staffers we spoke with were mostly thrilled to receive the information along with cake in honor of the 48th Anniversary of Medicare. As of today, July 31st, Maloney and Serrano are the newest members of the New York delegation to sign back on in support of HR 676. We are still waiting for the report back from the activists who visited Nita Lowey’s office.

In addition to the visits, Laurie Wen approached Congressman Jeffries after a press conference at City Hall and presented him with a cupcake and information listed above.

On Facebook, our Medicare for All meme posted by Josh Starcher of Healthcare NOW NYC has received over 100 shares. 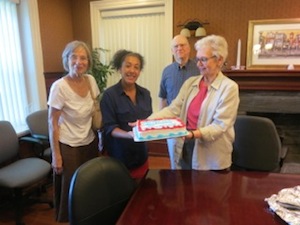 Today is the 48th anniversary of Medicare, the most successful and popular health program in America. It is based on the model of single payer financing and private health care delivery. A bill that would extend the principle of Medicare to everyone in America is HR 676, the Expanded and Improved Medicare Act.

Today, 4 of us visited Congressman Chaka Fattah’s office and also brought a cake. We made the same request of his health aide and treated the staff to cake. Later this week, we are told, Congressman Fattah will also decide if he should support HR 676. If you live in his district, you can call his Washington DC office 202.225.4001 and ask for Brendon Cheney and ask him to tell Fattah to sign up for HR 676.

See a full report of all the DC activity here. 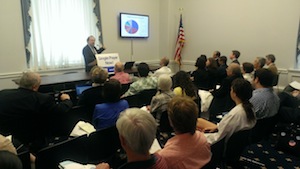 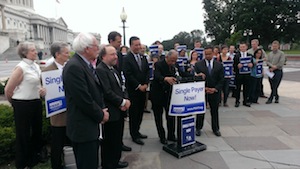